Amgen Astellas BioPharma is the product of a unique alliance between Amgen and Astellas that was announced in May of 2013 and focuses on the co-development and co-commercialization in Japan of five Amgen pipeline medicines.  The new joint venture company is headquartered in Tokyo and will be led by Eiichi Takahashi, who serves as general manager. 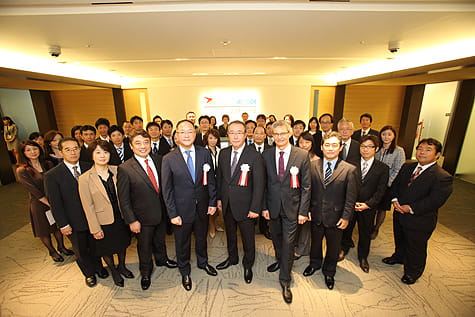