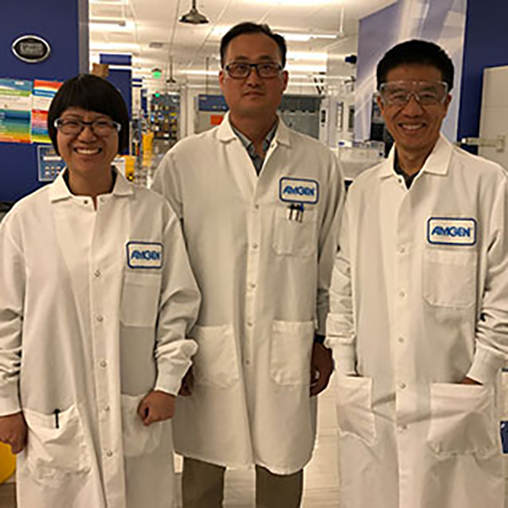 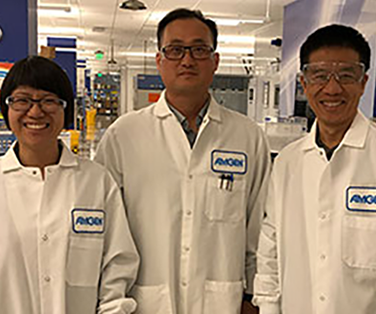 In the most in-depth study of its kind, scientists at Peking University and Amgen have painted a hyper-detailed picture of T cell behavior in the presence of liver cancer.

While immunotherapy medicines have shown enormous potential in fighting cancer, many patients fail to respond to these agents for reasons that are not well understood. Even in cancers where T cells – the body’s most potent protective cells – surround a tumor, these cells may fail to attack tumors on their own or in response to immune-boosting agents.

A new study1 published in Cell provides the most in-depth look to date at the features of T cells in the tumor micro-environment. The study identified genes involved in suppressing T cell activity in tumors, which gives drug discovery scientists new leads for designing future immunotherapies, a major focus for Amgen’s oncology program.

“Immuno-oncology is one of the most active areas in cancer research, and this type of study provides real insights into why T cells don’t respond to cancer,” said Wenjun Ouyang, executive director, Research, and one of the paper’s authors. “Before this work, people had different hypotheses, but this study provides direct evidence of the different subtypes of T cells in the tumor environment and the fate of those T cells.”

The study was a collaboration between scientists affiliated with Peking University in Beijing, led by Zemin Zhang, and scientists from Amgen’s Inflammation and Oncology group in South San Francisco, led by Wenjun.

The China-based team performed deep, single-cell RNA sequencing on more than 5,000 T cells taken from six patients with liver cancer, a malignancy that does not respond well to immunotherapy drugs. The resulting data provided detailed insights into the origins and lineage of these T cells and the genes and cell surface receptors they expressed in the presence of cancer.

The Amgen team analyzed the resulting mountain of data with an eye towards pinpointing the factors that prevent immune cells from mounting a response to tumors.  “Amgen’s role was to look for immunological insights hidden in the data,” said Wenjun. “We have a very strong functional genomics group that can quickly figure out the function of the key genes that were identified.”

One such gene was LAYN, which was heavily expressed by T regulatory cells (T regs) and “exhausted,” or dysfunctional, killer T cells in tumor tissue. A functional analysis showed that overexpression of LAYN reduced production of interferon, a cell signaling molecule with tumor-killing activity.

The study identified 11 different subsets of T cells, “but the only subsets that were active in tumor tissue were the T regs and exhausted T cells, and both have immunosuppressive functions,” said Wenjun. These types of T cells were found in greater abundance in tumor tissue, and their dampening effect on other T cells could account for the immune system’s failure to identify and attack cancer.

For immunotherapy to work in malignancies like liver cancer, researchers will need to find ways to overcome the effects of immune-suppressing T cells or convert them into cancer-killing cells. Wenjun said that Amgen scientists have several hypotheses they will be testing based on the data acquired in this study. “If our hypotheses are true, that will provide new ways to target or convert T cells inside the tumors.”

Wenjun noted that the team behind the study has also decided to make all the data that they collected available to the broader scientific community. An interactive web tool has been created so that other researchers can analyze, visualize, and download the study data.

“We moved the field forward, and it’s important that the whole world understands this data, not just Amgen,” Wenjun said. “This research is a reminder of the progress we can make when Amgen scientists are open to external collaborations. Amgen has some impressive expertise to share, but there’s a lot more expertise outside the company.”

“This study is a great example of Amgen’s commitment to exploring the underlying biology of cancer to conceive novel approaches to stimulating the immune system to attack tumors,” said Ray Deshaies, senior vice president, Discovery Research. “By marrying their complementary capabilities, the Amgen and Peking University scientists were able to find answers more quickly than either could have on their own.”