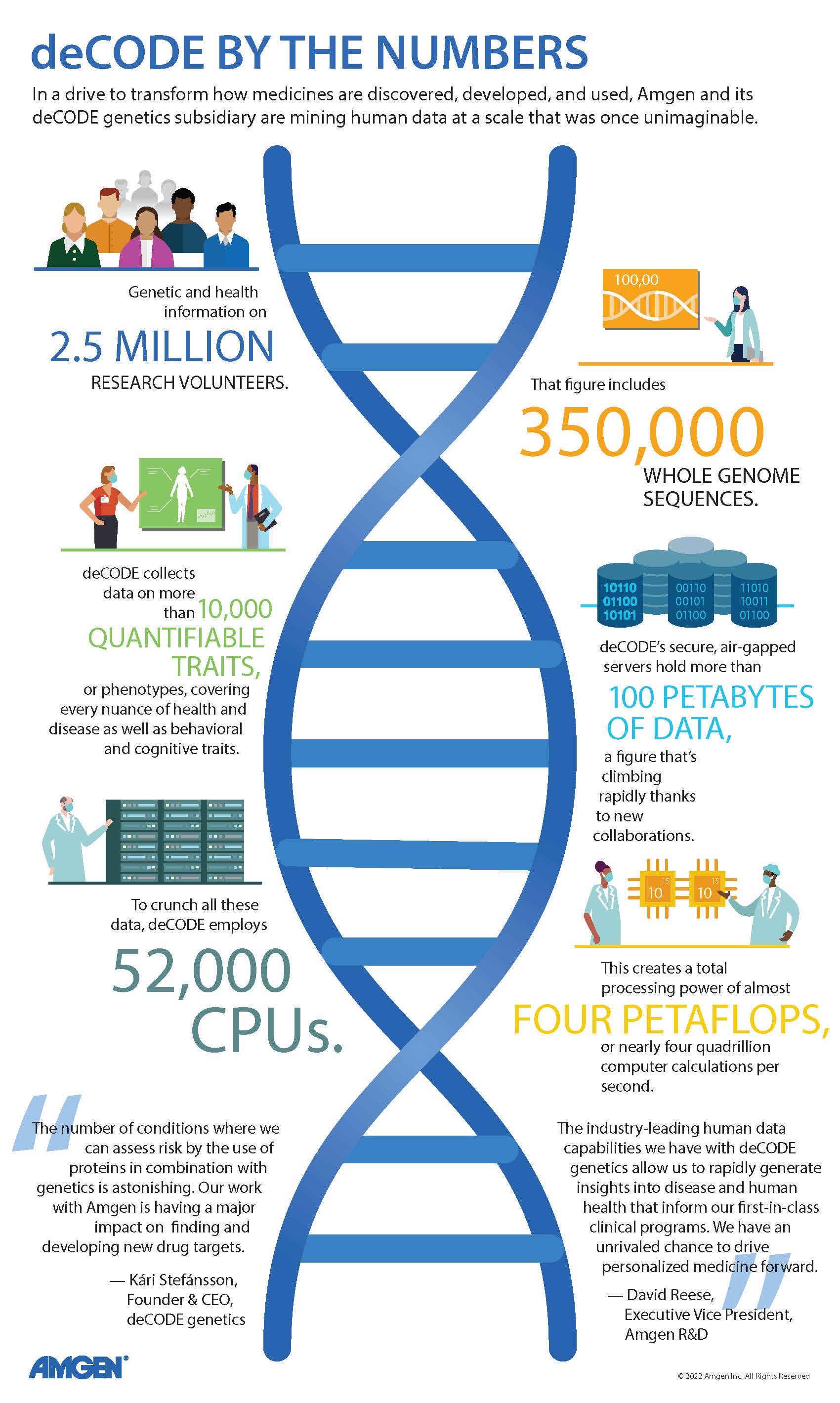 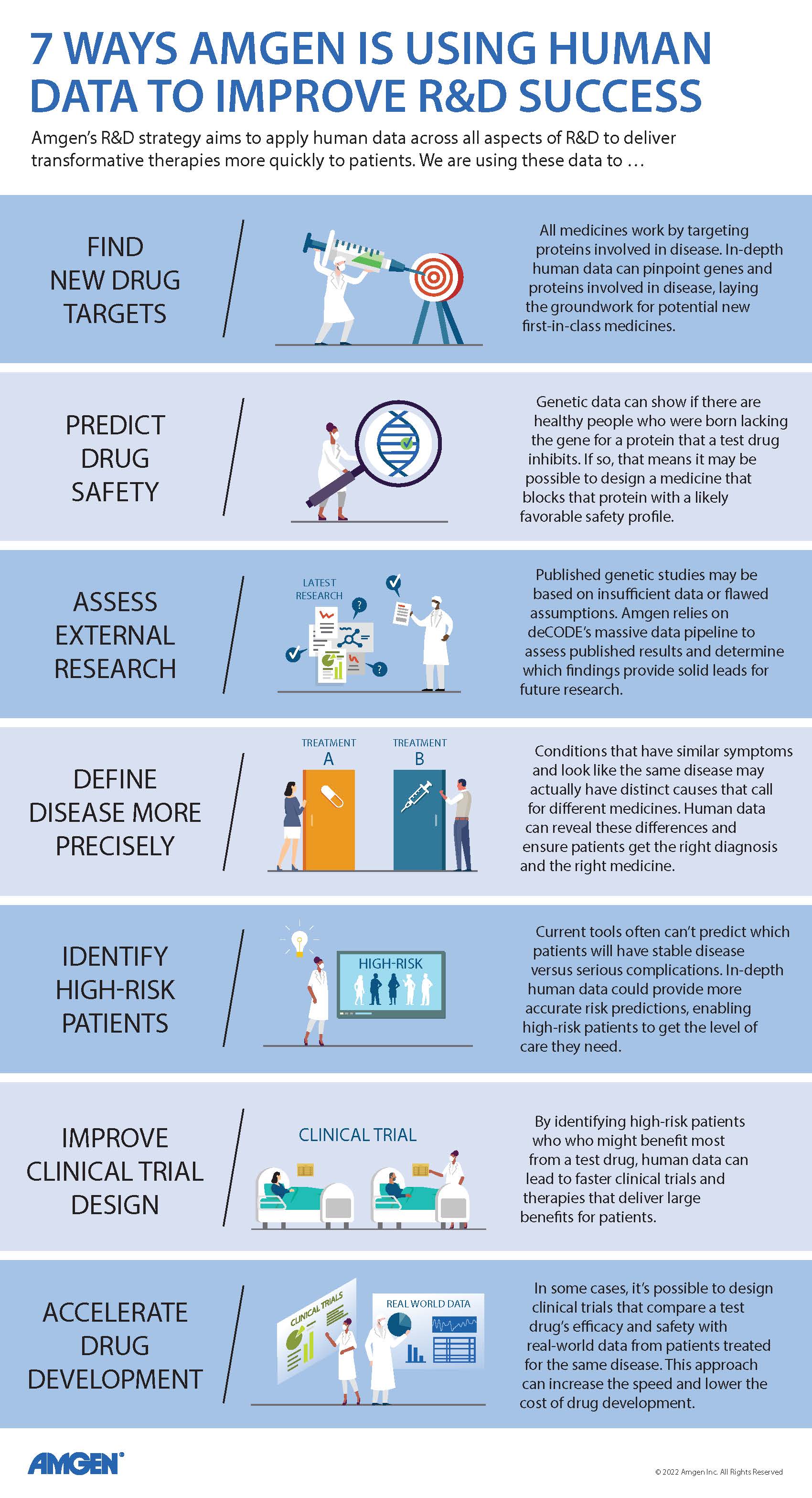 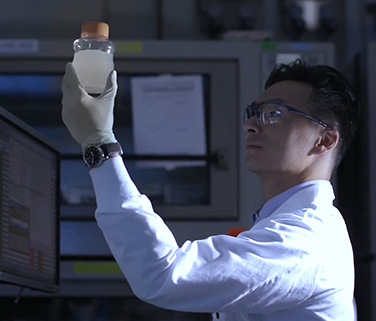 When biology wants to get something done, it almost always assigns the job to a protein. By leveraging the tremendous versatility of proteins, Amgen scientists are designing new types of medicines with novel capabilities.

They are the nano-machines that make biology happen.

Every thought you have, every action you take, begins with proteins doing the job they were made for.

To keep the flame of life burning, your body makes hundreds of trillions of proteins every second.

But until fairly recently, scientists struggled to make even simple proteins.

Biotechnology changed that. It cracked the genetic code that runs the protein-making machinery of the cell and ushered in a new era of protein-based medicines.

It takes a rare blend of imagination and talent to engineer new types of proteins. And some of the world’s most creative protein designers — they work at Amgen.

Their expertise allows us to focus first on the biology of disease, confident that we can create the right tool for the right target.

Our scientists have given Amgen the industry’s largest collection of drug modalities.

Innovations that show the power of biotechnology to accelerate medical progress.

Biology is astonishingly complex and so is disease.

That’s why patients need new treatments that are sophisticated and varied — like nature itself.

By increasing the versatility of medicine, Amgen’s scientists are bringing new options and hope to patients facing serious illness.

On the surface, there wouldn’t seem to be any similarities between the job of designing a drug and designing a Tesla. But Philip Tagari, Amgen’s VP for Therapeutic Discovery, sees parallels between engineering new electric vehicles and drug molecules.

“Most electric cars on the road are gasoline-driven cars that were converted to run on batteries as well,” Tagari observed. “The Tesla was designed from scratch to be powered by electricity alone. Because of the center of gravity, the suspension is completely different. The motor and control systems are different, and so are the brakes—they’re regenerative. Almost everything about a Tesla is fit for purpose to run on electricity.”

Tagari said that Amgen takes a similar fit-for-purpose approach to drug design. “Like Tesla, we start with the end in mind by focusing on the biology of a disease. Then we ask ourselves, ‘What sort of drug-like molecule would we need to change the biology?’ The key thing is to imagine the desired outcome precisely. Instead of designing drugs to do what they can do, we try to design new drugs that do what they should do.”

Just as Tesla’s approach spawned technologies that have revolutionized electric cars, Amgen’s biology-driven approach has produced new types of drug structures with new functions. It has also given Amgen an edge in protein engineering, a critical but often overlooked driver of success in biotechnology.

“I think we do the widest array of protein engineering in the industry, both in terms of our therapeutic candidates and proteins as research tools,” said Tagari. “That’s not just Amgen’s opinion. We’ve had scientists from places like Harvard, MIT, and Oxford come here to consult with us, and they’re blown away with what we do and the scale on which we do it. We’ve built or acquired a lot of capabilities in this field, and we’ve also industrialized these capabilities.”

Protein Engineering: The Proof Lies in the Toolkit

A broad-based commitment to protein engineering has given Amgen an expansive array of therapeutic tools. The company’s product portfolio and pipeline now include more than a dozen distinct modalities, or structural templates. They range from simpler formats like small molecules and peptides to highly engineered fusion proteins and bispecific antibodies.

The growth of this toolkit reflects the strong conviction among Amgen scientists that biology should dictate drug design. “In cases where we can follow the path of least resistance, we do,” said Les Miranda, executive director, Process Development. “If a small molecule or an antibody will work, why would we do something harder? But for many promising targets, the biology tells us the easier options won’t work. To get the job done, you need a new approach.”

A New Emphasis on Hybrid Molecules and Bispecifics

New modalities get created to perform tasks beyond the scope of established therapies— turning a short-acting peptide into a long-acting therapeutic, or tethering T cells to cancer cells.

The latter example reflects “a real sea change in medicine,” said Ray Deshaies, Amgen’s senior VP for Discovery Research. “We’re moving from an era where drugs had one molecular interface to a new paradigm where drugs can target two or more interfaces simultaneously.”

Deshaies said that bispecific approaches fall into two broad categories “Some diseases have two redundant pathways, so you need to interdict both pathways to have the desired therapeutic effect.” In theory, that can be done with two separate drugs developed in tandem, but that’s twice as much work as developing a single molecule that is able to do double duty.

Conversely, with BiTE® molecules and other types of linking molecules, “you’re trying to bring things together that don’t normally come together,” Deshaies observed. “So binding two targets at once is fundamental to the therapeutic action.”

It’s one thing to make a plain vanilla antibody. It’s another thing to design a massively engineered hybrid molecule and get a cell to make it and produce a decent yield.
— Philip Tagari

Some companies are reluctant to work with highly engineered molecules because they can be very hard to manufacture reliably. “When you’re working with these very novel processes, you’re trying to persuade cells to make things they really don’t want to make,” Tagari observed. “It’s one thing to make a plain vanilla antibody. It’s another thing to design a massively engineered hybrid molecule and get a cell to make it and produce a decent yield.”

The broad knowledge base that Amgen has accumulated over the years leaves it better positioned to tackle this type of challenge. As with automobile design, a lot of drug design is done with specialized software, but software alone is no substitute for experience, said Tagari. “Computational models benefit greatly from real-world refinement. Amgen understands the physical properties of a wide range of biomolecules, many of which only we have been able to make. That’s our secret sauce.”

Amgen is now exploring ways to amplify this advantage by applying AI, or artificial intelligence, to drug design. “With an artificial intelligence system, you need to train the system first, and the size and diversity of your training set is very important. We believe AI has the potential to be a more powerful tool for us than for anyone else.”

Amgen’s determination to pioneer new types of medicines has been strengthened by insights derived from the company’s large investment in human genetics. While human genetics can pinpoint genes and proteins with major impacts on disease risk, some of these promising targets pose steep challenges to drug discovery teams. Some gene-derived targets are challenging because they involve largely unexplored biology, while others have structures that make them very difficult to drug.

“We’ve been pursuing highly difficult targets for quite some time now,” said Miranda. “It’s worth all the extra work because the goal isn’t just to hit one particular target. We’re building capabilities that will allow us to jump through extra hoops to access a lot of targets we can’t reach today.

“That’s where Amgen’s advantages come into play. We’re one of the few companies in the world that can bring together all the skills and know-how you need to assemble more complex molecules. And I believe that’s where some of Amgen’s best opportunities lie.” 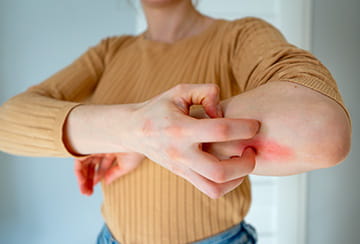 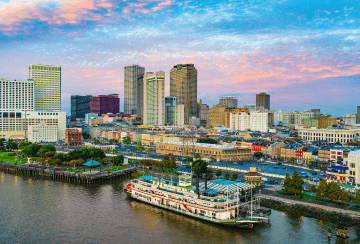