The accomplished gene hunter spent two decades leading the research for what ultimately became an innovative therapy for osteoporosis. 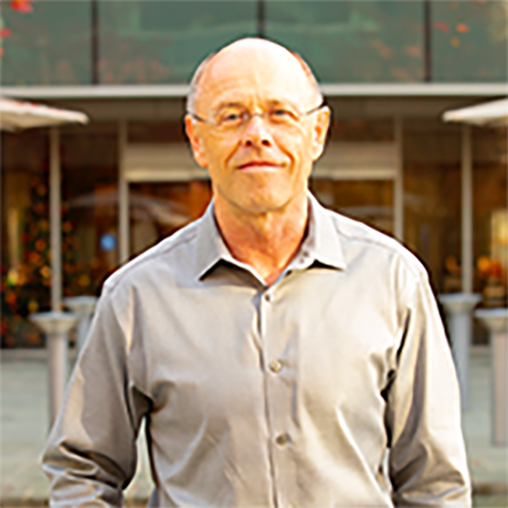 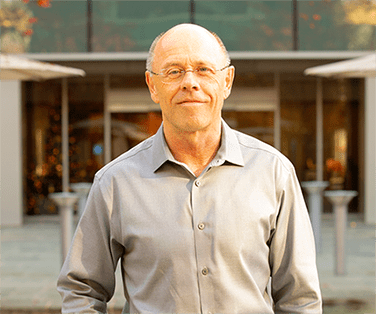 When it comes to osteoporosis research, Chris Paszty is a scientist that has spent his career developing the latest medication to help combat the disease. Chris arrived at Amgen in 1998, at a time when scientists were just starting to understand how research into the human genome could lead to medications that treat serious illnesses.

Soon after joining Amgen, Paszty identified a gene that would lay the groundwork for Amgen’s second osteoporosis therapy, EVENITY® (romosozumab-aqqg). Another company had identified the same gene in members of an isolated community in South Africa who had a high bone mass condition called sclerosteosis. The scientists joined forces, and Paszty helped develop this exciting basic research finding into a new medicine.

In January 2019, EVENITY was approved in Japan, followed by approvals in the U.S., Canada, Australia, South Korea and with the European Commission approval in December 2019, EVENITY is now approved in 37 countries. When Cleveland Clinic announced its top ten medical innovations for 2020, EVENITY topped the list. These milestones marked the culmination of a 21-year drug discovery and development project that Paszty was part of from day one.

The scientist talks about his early days at Amgen, describes what it was like to see EVENITY tested on board the space shuttle and explains why he thinks biotech’s most exciting innovations are still on the horizon.

What brought you to Amgen?

Amgen was my first real job after my post-doctoral research at Lawrence Berkeley National Laboratory. It felt like I hit the scientific lottery because the staff and resources were tremendous, and it was an amazing opportunity to develop new medicines. Amgen was a large company by then, but it still felt like a start-up environment, and there was a lot of excitement about genomics, including the sequencing of the human genome, which was completed in 2003.

What did the Human Genome Project mean to scientists at the time?

The sequencing of the human genome was an amazing moment of scientific history. At Lawrence Berkeley, I was surrounded by people working on significant parts of the project. And Amgen worked out a deal with one of the companies involved to give us early access to the nearly complete human genome. Coming into work every day and being among the small group of scientists with very early access to the human genome felt like hitting the lottery all over again.

Did you have a mentor at Amgen who helped shape your career?

I was hired by Scott Simonet, vice president of research, and his mentorship taught me a lot about working in biotech. His even-keeled personality showed me how to navigate a field that has a lot of up and downs, and he inspired us to have fun doing science, even though the work was quite serious.

Why was the sclerostin gene so interesting in the search for osteoporosis medicines?

People with sclerosteosis have a genetic mutation that inactivates sclerostin, causing their bones to grow thicker throughout their lives. Because patients with osteoporosis lose bone mass instead of gaining it, we thought that the discovery of sclerostin might allow us to come up with a medicine which could build bone and help slow some of that bone loss.

Can you pinpoint the moment when you knew this could be an effective medicine?

We understood early on that sclerostin was a key regulator of bone mass, but we didn’t know if it continued to play this important role as people got older. The “aha” moment came when we tested our most promising experimental molecule in the pre-clinical setting. We saw tremendous bone formation and increased bone strength, proving it could work in the skeletons of aged mammals.

How did NASA end up testing EVENITY on board the Space Shuttle?

Astronauts that spend significant time in space lose bone mass very quickly, and that’s a problem that must be solved before humans can travel to Mars or live in zero gravity. So NASA is always keeping an eye out for medicines that can improve bone health. In 2011, we administered the sclerostin antibody to mice that went aboard space shuttle Atlantis for the very last shuttle mission. The mice spent a couple weeks on the Atlantis, and afterward, we measured increases in bone formation and bone strength, showing this pathway remains operational in zero gravity.

What was your reaction when EVENITY was named a top 10 medical innovation by Cleveland Clinic?

I was thrilled. Osteoporosis affects millions of people, particularly women after menopause. Research involving novel biology can take decades and it’s a risky investment, but this is the kind of science that pushes boundaries to help patients.

What excites you most about the future of biotechnology?

The biotech industry has always gone through waves of discovery, and right now it feels like we’re right at the start of a new wave. The exponential growth in our understanding of human genetics is great for biology and great for medicine. It’s a renaissance, and Amgen is part of that. I think the potential for gene therapies to cure diseases rather than simply treating them is one of today’s most exciting advances. And gene editing, the ability to make permanent changes to a person’s genome, will genuinely be the dawning of a new medical era for humankind.

In a randomized controlled trial in postmenopausal women, there was a higher rate of major adverse cardiac events (MACE), a composite endpoint of cardiovascular death, nonfatal myocardial infarction and nonfatal stroke, in patients treated with EVENITY® compared to those treated with alendronate.

Hypersensitivity: Hypersensitivity reactions, including angioedema, erythema multiforme, dermatitis, rash and urticaria have occurred in EVENITY®-treated patients. If an anaphylactic or other clinically significant allergic reaction occurs, initiate appropriate therapy and discontinue further use of EVENITY®.

Osteonecrosis of the Jaw (ONJ): ONJ, which can occur spontaneously, is generally associated with tooth extraction and/or local infection with delayed healing, and has been reported in patients receiving EVENITY®. A routine oral exam should be performed by the prescriber prior to initiation of EVENITY®. Concomitant administration of drugs associated with ONJ (chemotherapy, bisphosphonates, denosumab, angiogenesis inhibitors, and corticosteroids) may increase the risk of developing ONJ. Other risk factors for ONJ include cancer, radiotherapy, poor oral hygiene, pre-existing dental disease or infection, anemia and coagulopathy.

For patients requiring invasive dental procedures, clinical judgment should guide the management plan of each patient. Patients who are suspected of having or who develop ONJ should receive care by a dentist or an oral surgeon. In these patients, dental surgery to treat ONJ may exacerbate the condition. Discontinuation of EVENITY® should be considered based on benefit-risk assessment.

Atypical Femoral Fractures: Atypical low-energy or low trauma fractures of the femoral shaft have been reported in patients receiving EVENITY®. Causality has not been established as these fractures also occur in osteoporotic patients who have not been treated.

During EVENITY® treatment, patients should be advised to report new or unusual thigh, hip or groin pain. Any patient who presents with thigh or groin pain should be evaluated to rule out an incomplete femur fracture. Interruption of EVENITY® therapy should be considered based on benefit-risk assessment.

Adverse Reactions: The most common adverse reactions (≥ 5%) reported with EVENITY® were arthralgia and headache.

EVENITY® is a humanized monoclonal antibody. As with all therapeutic proteins, there is potential for immunogenicity.