A Passion for Science Became Her Path to Success 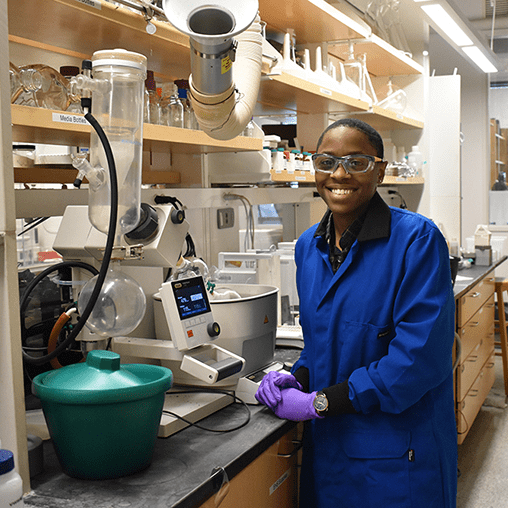 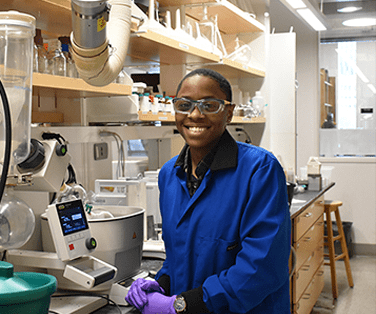 Corshai Williams grew up in a poor neighborhood of West Baltimore, Md., where science class was the farthest thing from her mind, especially when she struggled with more pressing worries, like where to sleep at night. In a profile for the Baltimore Sun, Williams described how she moved out of her mother’s house at 12 years old and started working part-time while going to school. Later, an eviction left her couch-surfing with friends until she started college.

At Virginia Union University, Williams would attend internships every year during summer breaks, not only to earn an advantage in applying to graduate school, but also so she’d have a place to stay. One of those internships was the Amgen Scholars Program at the Massachusetts Institute of Technology (MIT). Amgen Scholars is an undergraduate summer research program, funded by the Amgen Foundation, that provides students around the world with cutting-edge research opportunities at world-class institutions.

Today, Williams is a Rhodes Scholar finalist earning her doctorate in organic chemistry with a full scholarship at MIT. She’s currently researching continuous flow chemistry at the Jamison Laboratory, the same lab she attended as an Amgen Scholar. In a Q&A during Black History Month, Williams shared how, as an African American woman, she didn’t know a career as scientist was open to her until a high school teacher sparked her passion and planted the seed for her future as an organic chemist.

No, science wasn’t on my radar at all. All I wanted to do was play basketball, and I thought I would play in the WNBA. Historically there haven’t been many African Americans in STEM fields, so science really wasn’t part of the environment where I lived. I was also the first generation in my family to go to college, so I didn’t have anyone around me growing up saying that I should look for a career beyond basketball.

What was the moment that inspired you to become a scientist?

I got my first dose of science in high school. I had this outgoing chemistry teacher who would dress up as prominent figures in chemistry. At first, I thought, “what is wrong with this lady?” But she really captured my attention and curiosity about what was happening in the world at the atomic level. I developed a passion for chemistry, partly because of the weird outfits she would wear, but also because I wanted to be like her. A good teacher can really plant that seed and make a huge difference in a student’s life.

How did you learn about Amgen Scholars, and how did that experience change your path as a scientist?

I found the Amgen Scholars Program listed in an internship portal at my college. It was my junior year when I applied for the program at MIT, and it was such a surprise when I got accepted. I interned at the Jamison Lab, and now I’m a doctoral student there, so I guess it worked out! My time as an Amgen Scholar was incredible. I learned so many things and made so many mistakes. It was actually the mistakes that taught me the most.

Can you give an example of a mistake that made you a better scientist?

I came from a lab where we didn’t have any scientific instruments, so everything was new to me. One day, the post-doc I worked with asked me to put a reaction mixture on a rotovap (an instrument used to evaporate organic solvents out of a solution). I had never used one before, and I turned the heat way too high. The whole thing started smoking. It felt catastrophic to me at the time, but it taught me that no one is perfect, even in a place like MIT. Now, I’m actually responsible for the rotovaps in my lab, so it’s funny how things turn around.

Where do you see yourself going after finishing your doctorate?

I’m on the fence between going into academia and pursuing government-based research, though I’m leaning toward teaching. As the oldest of six kids growing up, I had to be a leader and a teacher from a young age. I believe I can use those skills to help students in a relatable way. There are also not many African American women in organic chemistry, and I feel like I can show students that anyone, regardless of their demographic, can have a passion for science.

What would you say to a young woman like yourself, in an underserved school today, who has an interest in science?

I would say, if you’re passionate about it, keep doing it. I wasn’t exactly teased for being a “nerd” who liked science, but I didn’t have a lot of friends either. Peer pressure can be powerful force that can influence kids to follow a path they’re not passionate about. I’d say follow your passion, and good things will follow.