How Two Female Staff Members Found a Career in Science

On the International Day of Women and Girls in Science, We Celebrate Two of Our Own 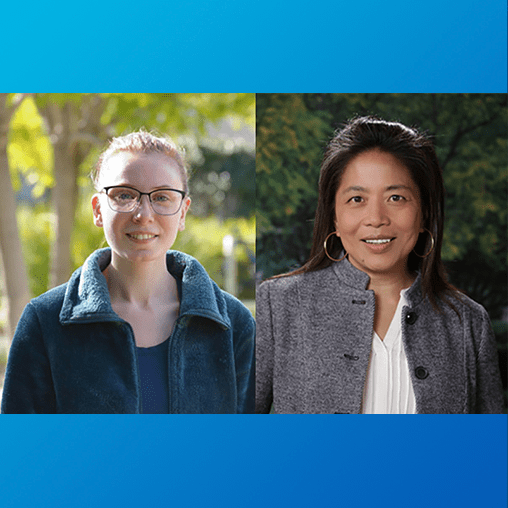 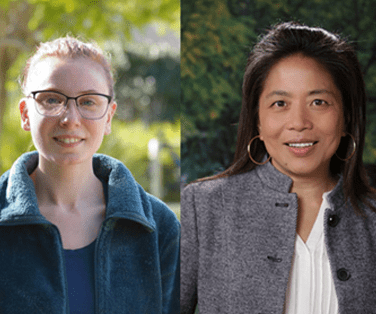 Marissa Strumolo loves science now – even though it wasn’t always apparent to her that it could end up being her career.

“I liked to sing,” the 24-year-old Amgen researcher said with a laugh. “Mostly classical.”

But the pull towards science was always present. A nudge here. A feeling there. When her brother got a science book called “How it Works,” she said she took it and read it more than he did. As she identified and learned how things work, it felt like the world was opening up to her.

Her grandfather was a science teacher, but neither of her parents were scientists where she grew up in the greater New York City metro area. It was in high school when she got Colleen Merritt as a science teacher that the pull of science seemed possible.

“We did an experiment – making mirrors,” she said. “It didn’t work. And that was OK.”

Merritt, she said, explained how science moved forward by failures. It was a discipline that rewarded curiosity and a willingness to learn and build from failure. And while Merritt ultimately told Strumolo she had a sharp mind and might make a good patent lawyer, the science seed was already planted.

“She gave me more confidence in myself,” Strumolo said.

Strumolo she said ended up graduating from Hofstra University, getting a job at Disneyworld where she was tasked with keeping the water chemical balance safe for the animals that wandered the park. There was a quick stop doing research and development for a water filtration plant before landing a job at Amgen, where she now runs tests on manufactured drugs to determine, among other things, their shelf-life.

Helping people, she said, is one of the great features of her career. But she said she also simply loves the science.

Women in science, technology, engineering and math (STEM) have been making strides into those careers and disciplines, but those fields remain largely male – not just in the United States, but globally. Five years ago, the United Nations adopted a resolution making Feb. 11 International Day of Women and Girls in Science.

UN Secretary-General Antonio Guterres said in a statement that the resolution was needed “to harness our full potential. That requires dismantling gender stereotypes.”

According to United Nations data, less than 30% of researchers worldwide are women and within that data, it showed only about 30% of all female students select education paths in science, technology, engineering or math.

Central Asia has the highest concentration of full and part-time female researchers, with 48.1% while South and West Asia is the lowest at 18.5%. North America and Western Europe consist of a workforce that is 32.3% female, according to the United Nations report.

Stephanie Everts, an Amgen senior associate scientist based in Munich doing cancer research, said it was important for women to have mentors and role models in the field to close the gender gap. She said for her, it was her mother, who taught her to believe in herself. But she said it is also vital for women to help and encourage each other along the way.

But those who study the gender gap say the biggest push to equalize the numbers needs to be focused in education.

Cynthia Flores, assistant professor of math at California State University Channel Islands, said as early as middle school when math gets more complicated and girls tend to judge themselves harder on failures and aren’t encouraged as often to push through the way boys are. Flores said math is the foundation for all the other disciplines and if confidence flags for girls at that age, it’s often harder to bring them back into the mix.

She said more women math and science teachers can provide role models and encouragement for young girls, but the poor pay and high-cost of living in some areas make an already diluted pool of women in the math and science fields seek employment in the private sector just to make a living.

“We’re not valuing teaching enough at those levels,” Flores said. “We need more women in the classrooms teaching math and science.”

Margaret Chu-Moyer, an Amgen researcher in small molecule drug discovery who has risen to the level of vice president, said it wasn’t until high school that she truly stopped fearing science and that it was a woman – Mrs. Carter – who was her chemistry teacher that influenced her career path.

Chu-Moyer said she was always a good student and had always been interested in science as a young girl – even reading labels on shampoo bottles or wondering how chlorine worked in a pool. The long names of those chemical compounds used frequently aroused her curiosity.

She said Carter – whose classes had a reputation for being “so hard,” – also had a side benefit: Carter seemed to believe in her and showed her how accessible science was in everyday life. It all started to click.

“When I understood it, I started to look forward to the classes and exams,” Chu-Moyer said. “It was exciting.”

Chu-Moyer said she has been encouraged to see more women entering the field of science, but she said there are still old barriers that still remain stubbornly in place – including more needs focused on prolonged tenure tracks that make it harder for women to stay on them if they have children and societal norms still centered on women taking on more of the household and child-rearing duties.

She said boards still need to increase their diversity so different perspectives can be heard. Chu-Moyer, who has three boys – all in STEM fields, said she thinks it’s getting better for subsequent generations of women, like Strumolo, who are seeing more gender diversity.

Strumolo said her team at Amgen is almost half women and that she has felt lucky to see the numbers improving. But, like science, progress is obtained by pushing forward.

“I had people help me along the way,” she said. “And I hope I can help people now.”