Dispatches From Italy During COVID-19

So far, Italy has been among the hardest hit countries during the COVID-19 pandemic. During this difficult time, two Amgen employees share stories about how they are coping—and what gives them hope.

Livia Alessandro was doing meditation in her apartment in Milan–part of her new routine ever since her entire country was placed under lockdown after the COVID-19 cases exploded in Italy and the stories began trickling out.

Doctors prioritizing patients who needed ventilators. Overworked medical staff weary from long hours of triaging the untreatable virus. The death toll in Italy kept mounting as more and more cases were being discovered.

Alessandro’s meditation was just 10 minutes of her day. But in the last week, they had proven to become important minutes. Time to forget why she couldn’t see her friends. Time to reflect on her health. Time to remember normal.

It had just been a week since the Human Resources director for Amgen in Italy had been working from home, where she had turned part of her kitchen into an office. She was an optimist by nature. Quick to laugh. She smiled easily and often.

But COVID-19 had seemed to change things. Uncertainty was the only constant.

She was in the middle of her meditation–her apartment quiet–when she first heard it. Faint at first but rising steadily. She headed to the window of her apartment and looked out onto the street, trees limbs still bare and a distant, empty park still lit up by lamps.

“I started to cry,” she said. “I was trying not to cry, but then I saw down below a man off his bicycle and holding it up. With his other hand, he was clapping on his leg and singing.”

It was late. The music of “Fratelli d’Italia” filled the air, joined by voices in the night.

Brothers of Italy
Italy has woken

It got louder. Her voice cracked as she held her phone to record the moment. And then joined the chorus. 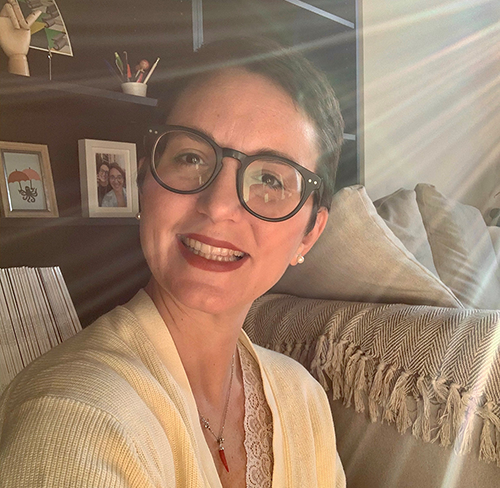 She thought of her father in the southern part of Italy. She recalled the last time she spoke with him before the country was besieged by the virus.

“He asked me if I remember when I asked him why nothing ever big has happened in my lifetime,” Alessandro said. “Then he said; ‘Is this quite big enough for you? Or no?’”

He is 63 and had seen a few things of his own. He survived the Irpinia Earthquake in his small town of Southern Italy–a quake that killed more than 2,400, injured another 7,700 and left a quarter of a million without homes. It was devastating and yet, the spread of COVID-19 and Italy’s reaction even took him by surprise.

Alessandro is worried for him. And her family. And those who are coming down with COVID-19. She has a brother in France and a sister in England–both countries hit by COVID-19. They speak regularly by phone, sharing news. There are still some laughs as they wonder how far it will continue to spread. She is doing her part–limiting trips to the store, practicing social distancing, washing her hands several times a day. She hopes other countries will do the same to try and stop the spread.

“My mood is floating between optimism and some fears,” she said.

Soren Giese, the general manager for Amgen’s Italian operation, said even two months ago when the cases were starting to appear in Asia, he didn’t think it would strike Italy the way it has. But the creep of the unfolding pandemic seemed to grow exponentially as his incident management team began to monitor government reports and directives.

He said the meeting in early March with his incident management team was when it all started to feel real. They already had field staff stay home. Then office staff were told the same. “That’s not a decision you want to make easily because it’s a complex situation, but the safety of our staff was too important.”

Then the impossible happened. The streets started to empty. Shops and restaurants were barren. The world watched as Italians warned other nations to be ready.

Sabrina Alfieri, a senior associate project manager at Amgen, was diagnosed with breast cancer in December and had scheduled surgery in March to treat it.

Alfieri said when she had to go in for the procedure, Italy was already under lockdown and COVID-19 was beginning to overwhelm hospital workers. She said she was serene, but her sister–who lived about 15 minutes away in downtown Milan–was less so and had planned be with her for the surgery.

But COVID-19 changed that.

“I went there alone,” she said. “My sister dropped me off because they weren’t allowing people in who weren’t sick. It was a very strange feeling.”

She was checked for COVID-19 symptoms. The doctor asked if she had a fever. No. Coughing? No. Exposure to anyone who had COVID-19? No. Her sister was worried. She didn’t know how the surgery would go right away. Alfieri told her not to fret.

The surgery went smoothly. Alfieri said she spent two days in the hospital and then her sister picked her up at the entrance when she was ready to be released. She said she noticed the hospital staff looked weary as she left. There were a lot of masks. In the two days she spent in the hospital, the COVID-19 death toll was climbing. When her sister dropped her off at her apartment March 12, it was the last time she’d seen her in person.

Alfieri said she didn’t know when they’d be able to get together again.

“We see each other every weekend,” she said. “But because we are trying to stay away from people, we decided to not meet and be safe.” 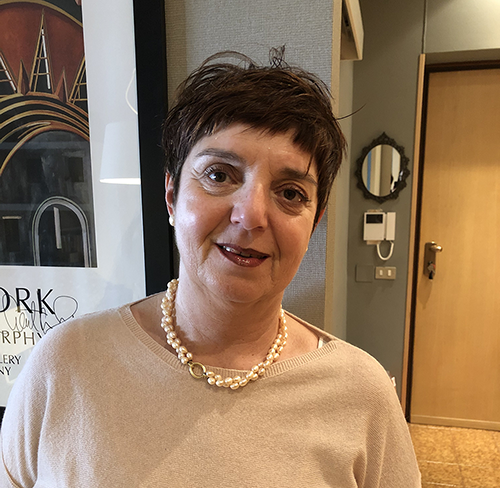 It can get lonely, sometimes, Alfieri said. She’s working remote, but on the weekends, when she would go to museums with her sister or catch a show at the theater or go out to eat, the time seems to move slower. “It’s very, very sad,” she said of Milan’s quietness now.

But one thing does lift her spirts on most days. She can log onto her phone and find the message. It tells her what time to go out to her window and what song the neighborhood will sing into the night–a defiant act of the spirit.

Recently, it was "O Mia Bela Madunina.” The song was inspired by the statue of the Virgin Mary, which sits atop the Milan Cathedral and sort of an unofficial song for the city.

Alfieri went to her window as the voices began to rise through the streets beneath her apartment. Italian flags waved from balconies. Like Alessandro, she picked up her phone and recorded the moment for history–as if she could forget living through it.

She sang through her tears.

Oh my beautiful Madonnina,
who shines from far away,
all golden and minute,
you dominate Milan;
so, come, have no fear,
we'll extend to you our hand,
the whole world is but a village, and we agree,
but Milan's a great Milan.
As the COVID-19 pandemic continues to evolve, we are committed to doing everything we can to keep our staff and their families safe, as well as to help the communities where we live and work reduce the number of people exposed to the virus. We are also committed to continuing to deliver an uninterrupted supply of our medicines for the patients who need them. If you are a patient, medical professional, employee, or member of the community, please see our COVID-19 Information Center page. 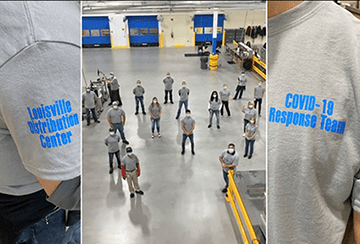 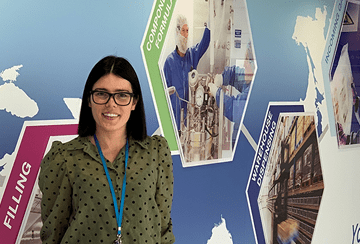 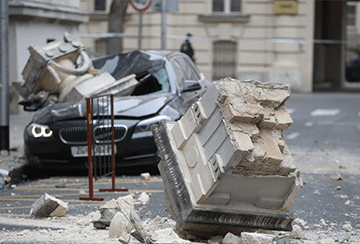