Amgen's General Counsel and leader of the PRIDE Employee Resource Group share their enthusiasm over the decision. 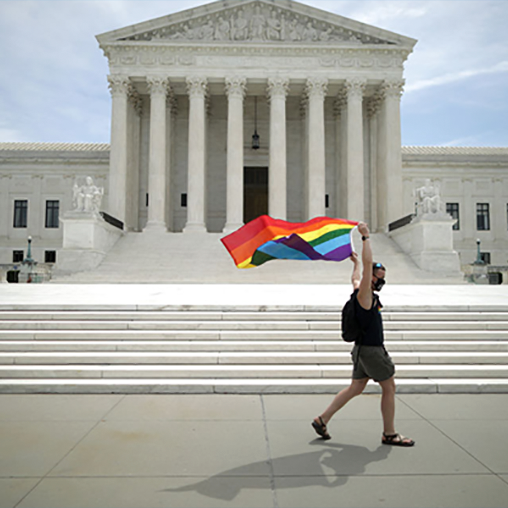 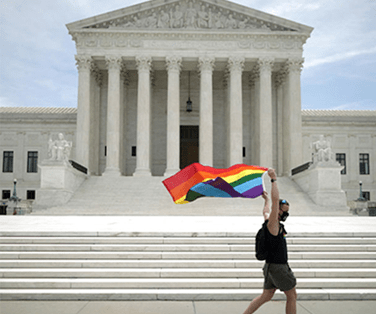 Earlier this week, the U.S. Supreme Court ruled that the U.S. Civil Rights Act of 1964, which prohibits employment discrimination on the basis of race, color, religion, sex or national origin also applies to gay and transgender workers.

On the day of the ruling, Amgen's General Counsel Jon Graham shared his views on the decision with a memo to the PRIDE Employee Resource Group. "I hope you all saw that today the U.S. Supreme Court handed down a momentous decision finding that discriminating against homosexuals and transgender people violates Title VII's prohibition against discrimination in employment on the basis of sex," he wrote. "The decision is important because it puts homosexuals and transgender people on equal footing with heterosexual and cisgender people before the law. This makes Pride Month even more special this year."

"I was extremely pleased to see the Supreme Court ruling," said Andy Edgar-Beltran who leads the PRIDE Employee Resource Group. "This ruling paves the way for LGBTQ+ employees in all 50 states to benefit from employment discrimination protections that until now have been limited to certain states."

In his memo, Graham went on to observe that six of the nine Justices joined in the decision. He also noted that Justice Kavanaugh, who was one of the dissenting Justices, even wrote that, "it is appropriate to acknowledge the important victory achieved today by gay and lesbian Americans. Millions of gay and lesbian Americans have worked hard for many decades to achieve equal treatment in fact and in law. They have exhibited extraordinary vision, tenacity, and grit—battling often steep odds in the legislative and judicial arenas, not to mention in their daily lives. They have advanced powerful policy arguments and can take pride in today's result." Graham then concluded that "as the executive sponsor of the PRIDE ERG and as the lawyer who leads Amgen's Law team, I am delighted that this day has come. "

Edgar-Beltran also expressed his gratitude for the work that's being done in this area at Amgen. "I continue to be grateful to work for a company like Amgen that has strong anti-discrimination policies," he said, "and it is great to know that it is now federal law in the U.S. to include such protections."