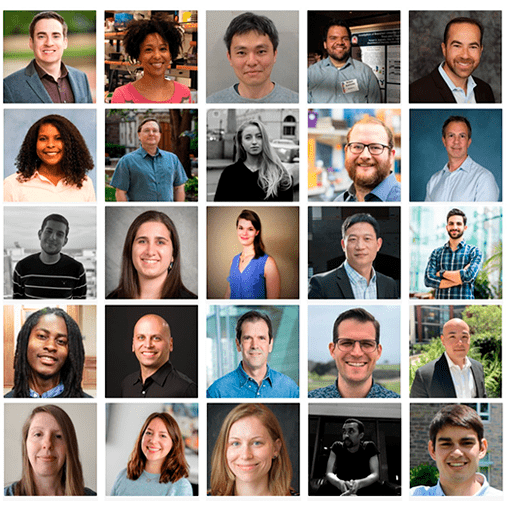 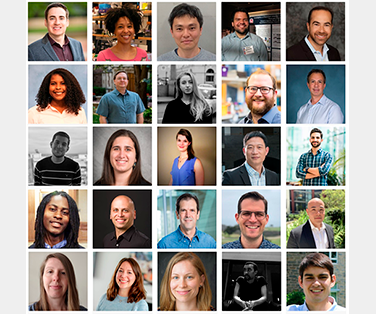 In a year that has required all of us to reimagine education for a remote world, Amgen Foundation adapted its traditional summer Amgen Scholars Program, which pairs undergraduates with research opportunities at top-tier institutions across the world, into a virtual experience that continued to foster and inspire student scientists. The virtual Summer Science Series, offered to former and current Amgen Scholars students, provided promising scholars with access to unique online lectures and mentorship opportunities from leading researchers and program alumni.

"We were disappointed when we realized we wouldn't be able to continue our important legacy program this year," said Ashley Young, Amgen Foundation's science education program manager, "Rather than a complete pause and deferral, we started thinking about how we could still engage this year's accepted Scholars with alumni and faculty of the program virtually. We hoped this global community would come together to inspire young scientists from afar and the support received was beyond our expectations."

Throughout July, deferred Scholars and program alumni received access to 30 webinars, hosted by prominent scientific thinkers. The series, developed in partnership with Harvard, featured sessions diving into everything from life in academia to the challenges of drug discovery and even professional skills building. Topics included cancer vaccine development, immunology, scientific storytelling, the role of mentoring in science, biotech entrepreneurship and life as a PhD candidate. Faculty at host institutions, as well as several Amgen employees and scientists, served as speakers for the series. This virtual program is part of Amgen Foundation’s continuing efforts to support students and advance science education for all through a $74 million investment over 16 years.

"Science needs people who can think deeply about problems, think creatively about problems," explained Ray Deshaies, Amgen's own senior vice president of Global Research and one of the series presenters. "There's no single 'right' way to approach a career in the field, and we wanted to get that across in these lectures."

It seems to have worked: When polled during the series about where they see themselves in five years, undergraduates' responses ranged from working in a lab to running a biotech startup.

University of Puerto Rico honors student Josean Alicea attended the webinars this summer after completing the Scholars Program last summer, in which he studied pharmacology and molecular science in a cutting-edge lab at Johns Hopkins University. This year's varied webinars furthered his interest in breakthrough research, and a panel with PhD candidates helped him see what it will take to pursue his next academic goal: earning a doctorate degree at Johns Hopkins.

"I am going to apply for graduate school this fall," Alicea said. "Thanks to the panelists I now feel more confident, because I have a clearer idea of what challenges I will face next year."

For many participants and lecturers, the series has inspired optimism during a period marked by uncertainty. In his session on molecular biophysics, Professor Enrique de la Cruz of Yale School of Medicine noted that despite the challenges of the moment, we are actually living in an incredibly exciting time for science.

"You, our current and future scientists, are really only limited by what you can think of," he said during his lecture. "The tools and resources and equipment that you have available to you will allow you to do things that we couldn't even begin to comprehend decades ago."

That message carries extra weight at a time when we need scientists more than ever.

"We believe investing in the next generation of scientists not only opens up doors for individuals, but is actually the most critical investment we can make for society in general," Amgen Foundation's Young said. "Programs like our Amgen Scholars and this year's Science Series are designed to empower students to create a healthier, more equitable world in the years to come."

Throughout this year's program, former Scholars talked about how they are continuing in their journey toward a career in science. One alum popped in to share this heartwarming note: "I just wanted to say how thankful I am for the program—it opened doors for me which wouldn't have been possible without this opportunity. I'll be attending my dream grad school this fall."

It's responses like these that make all the planning, transitioning and hard work worth it. While the Science Series is done for this year, we're hopeful that we'll have our in-person Scholars program back up and running at full speed next summer.

In the meantime, Scholars—and anyone interested in further exploring the scientific process—are invited to engage with LabXchange, a free virtual platform made possible by Amgen Foundation and Harvard. This online science education platform provides students around the world with access to personalized instruction, next-generation virtual lab experiences and networking opportunities across the global, scientific community.

Young added, "Though the Summer Science Series was created this year to offer an alternate form of programming during the distance learning environment, we look forward to exploring the opportunities that virtual space provides for global networking, especially with the tools and resources available through LabXchange."

Visit amgenscholars.com to learn more about the Amgen Scholars Program.