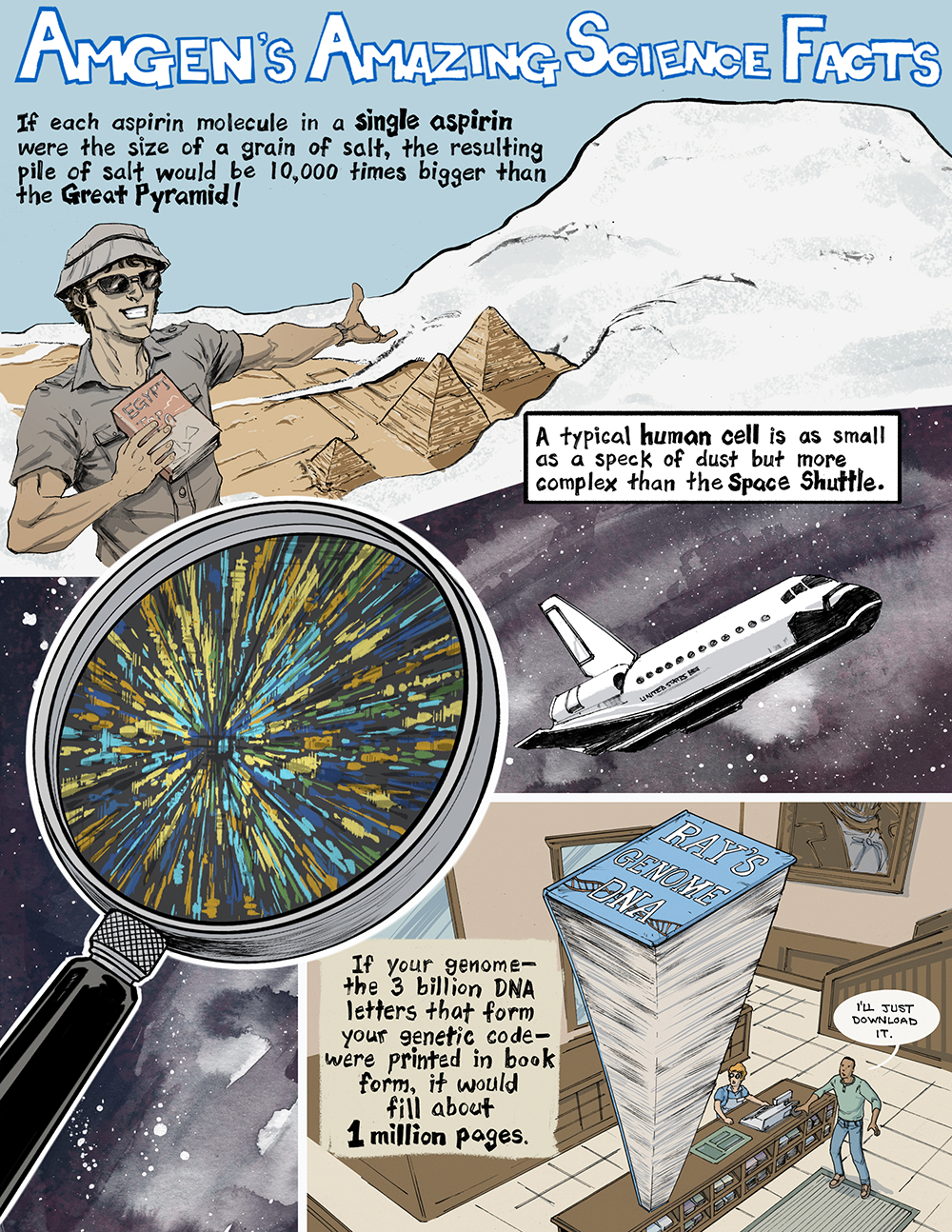 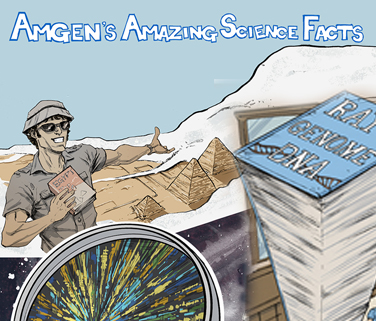 Enjoy our first edition of fun facts, and scroll down for a brief explanation of why these facts aren’t just amazing but highly relevant to the search for new medicines.

If each aspirin molecule in one tablet of aspirin were the size of a grain of salt, the resulting pile of salt would be 10,000 times bigger than the Great Pyramid!

The active ingredient in any drug is a particular drug molecule, and the structure and shape of that molecule determine how it actually works in the body. The thing about molecules is that they’re much smaller than most people realize—many orders of magnitude smaller that the most miniscule things we can see with the unaided eye. So when we swallow a pill or get an injection, we are actually receiving many quadrillions to quintillions of copies of the active drug molecule.

One way to try to visualize a number this large is to calculate what it would look like if applied to something familiar, like grains of salt. For an aspirin tablet, the calculation yields a pile of salt that would make the Great Pyramid at Giza look like a Lego block.

People sometimes ask, “How does the medicine know where to go in the body?” The answer is that the molecules in a drug go wherever they can go based on their molecular and cellular properties. For example, smaller molecules, like aspirin (acetyl salicylic acid) can hit targets inside cells, while larger molecules like antibodies normally can’t.

But the real question should be, “Where do drug molecules stick?” The challenge for scientists is to design drugs that are highly selective—they interact with their intended protein target in the body but have minimal and acceptable impacts on other targets. Achieving that precision takes years of discovery work, followed by years of extensive testing to demonstrate that the medicine’s benefits for its intended patients outweigh its risks.

A typical human cell is as big as a speck of dust but more complex than the Space Shuttle.

Admittedly, there’s an apples-and-oranges aspect to this comparison, but a human cell has a larger “parts list” than the Shuttle. A fact sheet from NASA describes the Space Shuttle as a “unique vehicle system, which consists of about 2 1/2 million moving parts.” In living systems, proteins are the nanomachines that perform the work of biology, and the “parts list” for a single human cell may include up to 10 billion protein molecules. In fact, each of our cells has up to 10 million ribosomes, which assemble proteins based on the information encoded in messenger RNA.

There are at least 20,000 different human proteins, and many more in practice since the same protein can often take different forms with different functions. A typical cell may have tens of thousands of distinct types of proteins at work, maintaining the cell’s structure, sending or receiving signals, catalyzing chemical reactions, and assembling, degrading, and transporting molecules. And all of this incredible complexity is crammed into a space too small to see without a microscope. This is the living machinery scientists need to understand before they can fix the molecular defects that lead to disease.

If your genome—the 3 billion DNA letters that form your genetic code—were printed in book form, it would fill about 1 million pages!

Our DNA has a fairly simple alphabet comprised of just four letters— A for adenine, T for thymine, G for guanine (G), and C for cytosine. Genetic information is stored and analyzed in digital form, but it’s not unusual to see specific sequences of DNA written out in scientific papers, like this one below:

So what would all of our DNA look like if it were printed in book form?

Well for starters, you couldn’t fit it in one book. With an average size font, you would need a million pages, or about 2,000 volumes of 500 pages each, to store your entire genome. And yet, a single “typo”—a point mutation that changes a single DNA letter—can sometimes spell the difference between health and disease. 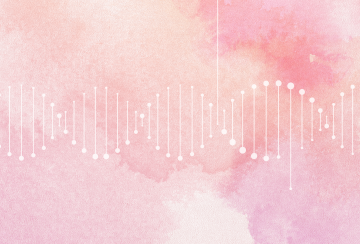 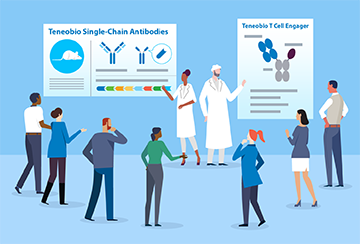