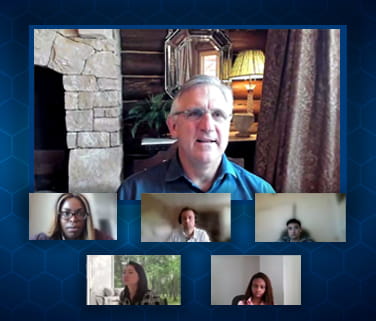 Amgen CEO Bob Bradway addressed a virtual gathering of more than 150 Amgen summer interns on July 13, sharing his thoughts on our company, the future of biopharmaceutical innovation, and what it takes to have a successful career.

Reflecting on the company's founding 41 years ago, Bradway said that Amgen was "dreaming big then and is dreaming big now." He shared his optimism that incredible advances in science and technology will enable Amgen and the rest of the biopharmaceutical industry to meet the health needs of a rapidly aging and increasingly wealthy global population.

"The industry's ability to develop several safe and effective COVID vaccines in under a year shows definitively that we have entered the biocentury," Bradway said. "This is a very exciting time that will be characterized by profound innovation."

In terms of career advice, Bradway offered these five tips:

Bradway's advice resonated with Kartikeya Agarwal, a rising senior at Claremont McKenna College, who is an intern in our Finance organization.

"Two things that stood out to me the most were Bob's commitment to Amgen's mission of serving patients, confirming that I made the right decision by interning here, and his excitement for the future of the biotech industry," Kartikeya says. "After hearing him talk about the rapid changes and staggering breakthroughs that we will witness in the near future, it is not surprising that Amgen invests so much time and effort into cultivating interns who would be equipped to take on these challenges and achieve results. So for me, the session was eye-opening and Bob helped me visualize the bigger picture behind every number I input into a spreadsheet." 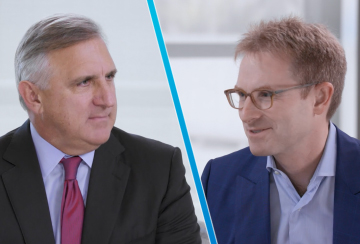 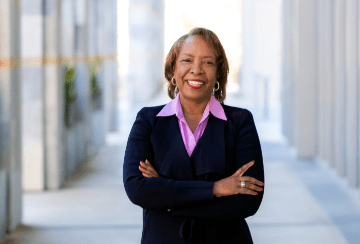 Janet Franklin One of the Fiercest Women in Life Sciences

Amgen Honored by Foundation of National Institutes of Health