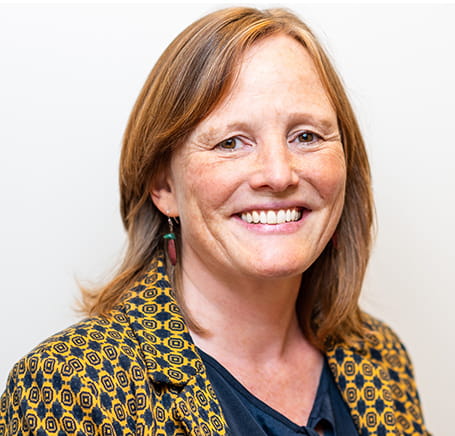 Vivienne is a scientific director in the Inflammation Discovery Research team at Amgen. She received a B.Sc. from Imperial College, University of London and a Ph.D. in Molecular Genetics from the MRC Human Genetics Unit at the University of Edinburgh. Initially sparked to work on familial genetic diseases through classes at St. Mary's Hospital Medical School and a job at the Institute of Molecular Medicine in Oxford, she moved into the field of cancer genomics, studying ovarian cancer at the Imperial Cancer Research Fund in Edinburgh and then prostate cancer at the Comprehensive Cancer Center at University of California, San Francisco. Vivienne joined Amgen in 2004 and initially ran screens to identify targets for novel, cancer-selective small molecule inhibitors. She has focused on the analysis of human molecular -omics data for target discovery, target validation and patient stratification, and on its application in the development of therapeutics to treat patients with cancer and inflammation-mediated diseases. Vivienne is a keen hiker and has enjoyed discovering the Icelandic countryside as well as backpacking closer to home in the Sierra Nevada of California.