Amgen in Action at the 2019 BIO International Convention 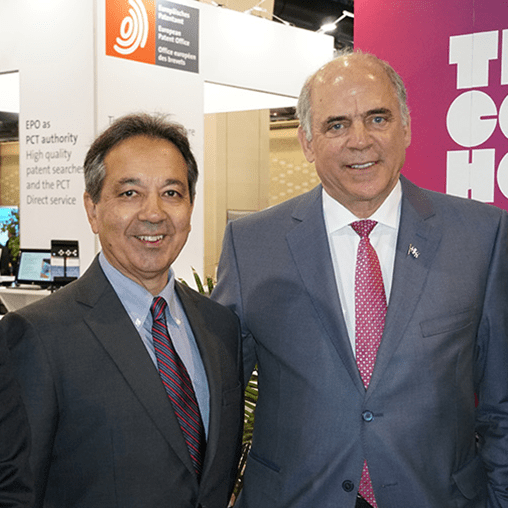 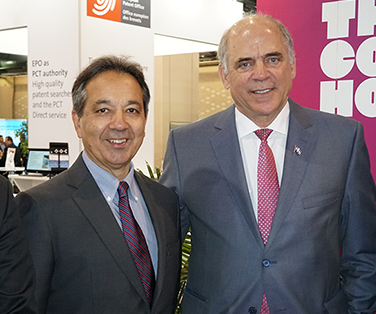 Martin Zagari, Amgen’s Vice President of Global Health Economics speaking during one of the panel discussions.

This year’s BIO International Convention drew 17,307 attendees from 49 states, the District of Columbia, Puerto Rico and 65 countries to Philadelphia and its flourishing biotech community.

Under the Convention theme, “It Starts With One,” companies, academic centers, patient groups, researchers, regulatory leaders and investors worked to progress approaches in key areas such as drug development, patient access, gene therapy and biosimilars.

As a Double Helix sponsor, Amgen had another successful and productive meeting engaging with multiple stakeholders on our priority issues. A cross-functional team organized and leveraged a number of panels, events and opportunities to demonstrate Amgen’s leadership role in biotechnology.

“This year’s BIO International Convention was another success for Amgen and the industry,” said David Piacquad, senior vice president, Business Development. “This event continues to provide Amgen with the opportunity to showcase our company and form connections and partnerships that will help drive growth for years to come.”

BIO once again provided multiple opportunities for Amgen to meet with government officials. This included meetings with the Governors of Delaware, New Jersey and Pennsylvania on their priorities for our industry in their States; and with foreign officials from Canada, Brazil, the Netherlands, Australia and the head of the European Medicines Agency. These meetings allowed Amgen to discuss our priority policy and access issues in each of these countries and learn from these officials about their objectives around our industry.

Another highlight during the convention was a press event announcing that Amgen and Takeda have joined the Quantum Leap project led by CQDM (Canada) and Feldan Therapeutics, to improve a novel intracellular delivery technology.

Amgen and Takeda will contribute to this research project marking their first involvement in a CQDM-funded project since joining the consortium in 2018. The funds totaling $1.2 M from the Quantum Leap project, will be used to optimize the Feldan Shuttle, Feldan’s novel intracellular delivery technology. This technology overcomes many of the barriers that in the past have precluded intracellular delivery of antibodies and peptides, thereby considering new avenues to target diseases with new treatment methods. Read the press release. 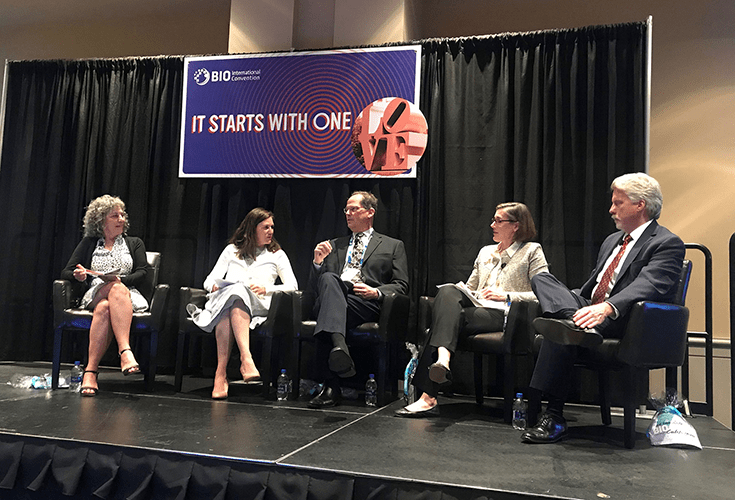 Rachna Khosla, Amgen’s Vice President of Business Development and responsible for Amgen’s sponsorship of the convention, speaking during one of the panel discussions. 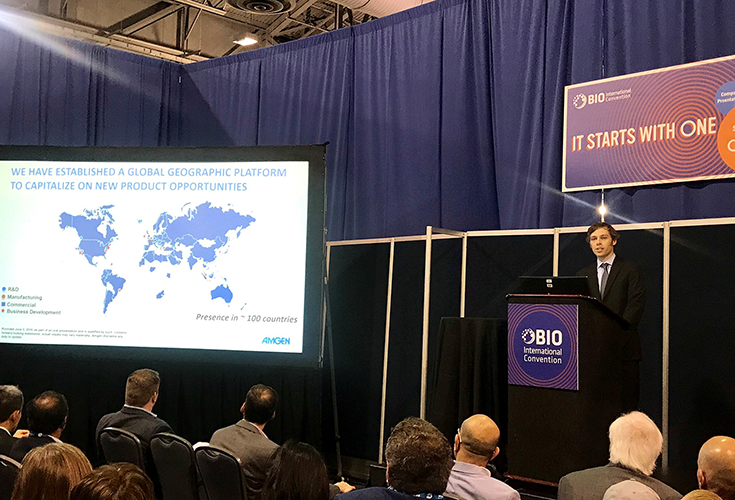 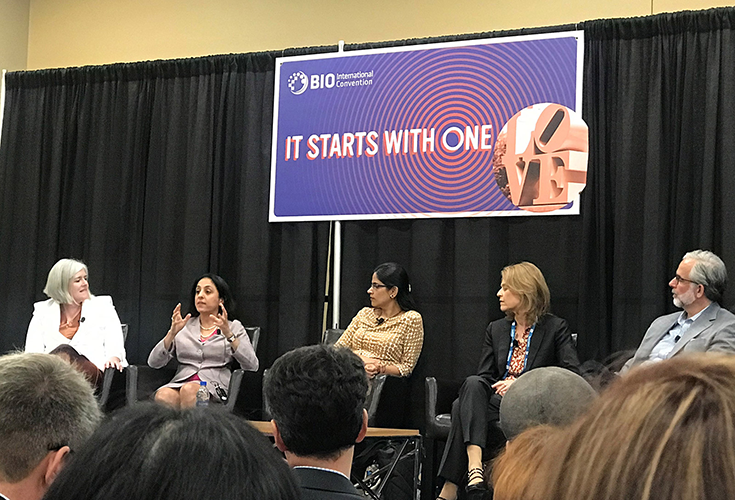 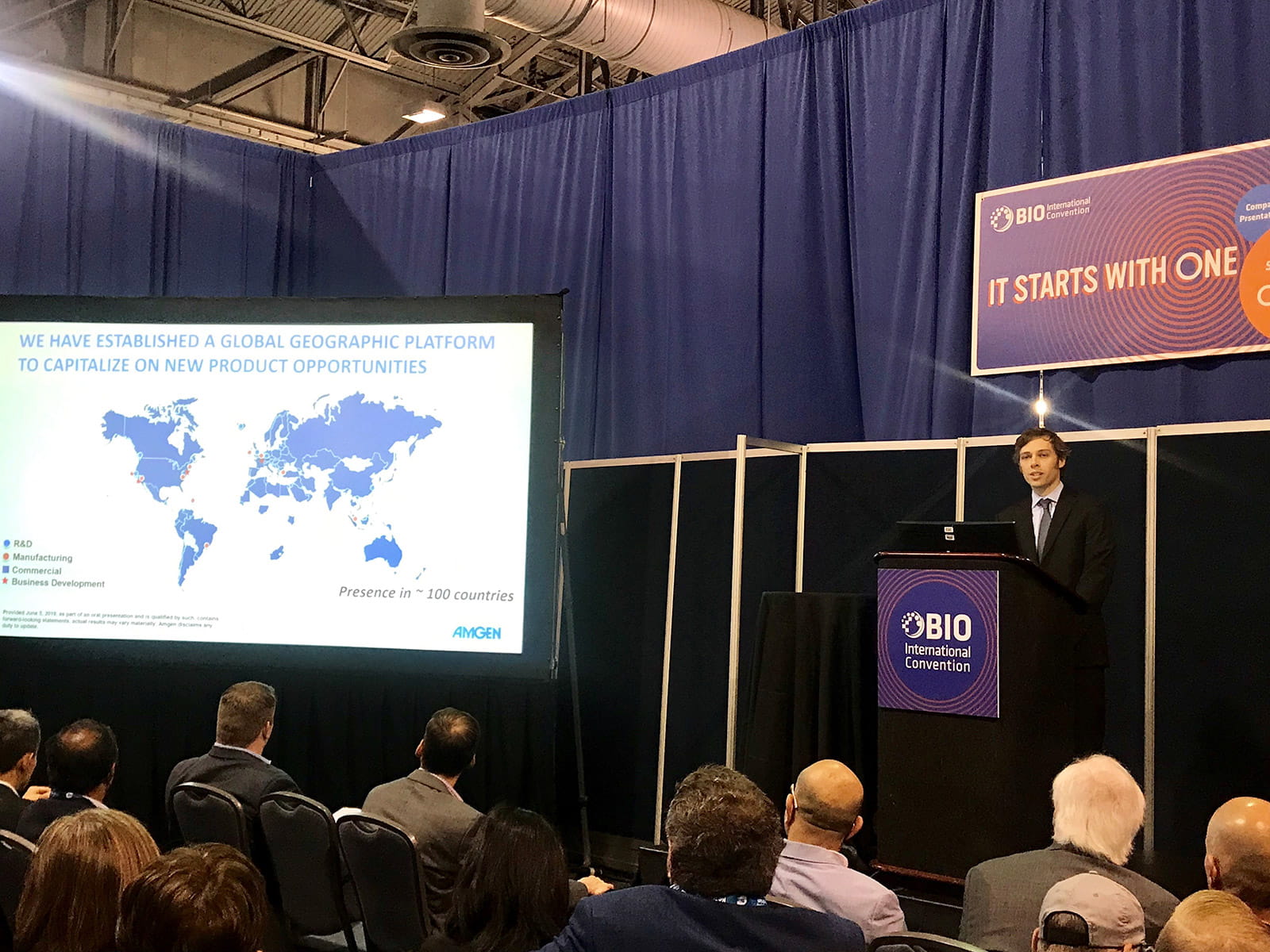 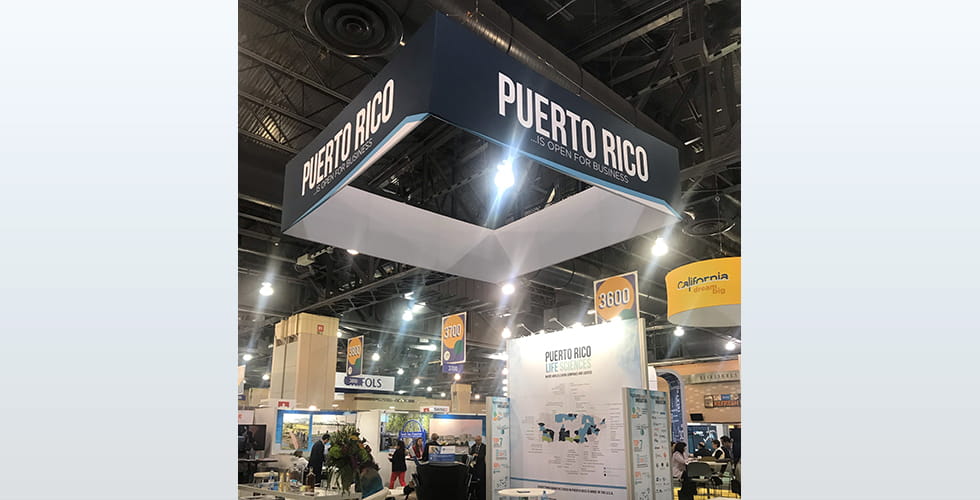