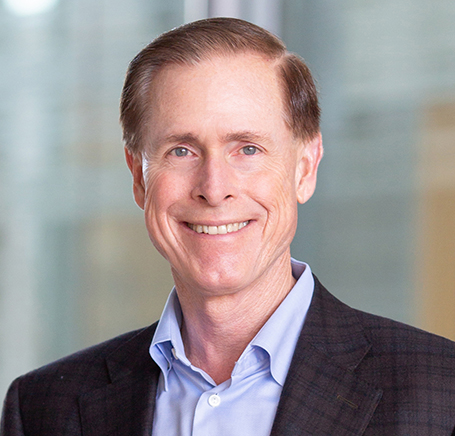 He joined Amgen in 2019 from Sherwood Canyon Group, LLC, a private equity and advisory firm, where he served as president. Previously, he retired from EY (formerly Ernst & Young), a leader in assurance, tax, transaction and advisory services, after a distinguished career there, including almost 22 years as a partner. Most recently, Griffith served as EY’s Global Vice Chair, Corporate Development with responsibility for driving the firm’s international growth and expanding its capabilities worldwide. He also served as EY’s Global Managing Partner, Operations and Finance during a time when the organization grew annual revenues more than 25 percent to over $27 billion. This latter role included the Finance and Accounting, Corporate Development, Tax, and Treasury functions. Prior to EY, he was a Managing Director and head of the investment banking division of Wedbush Securities Inc.

Griffith was recognized by the Los Angeles chapter of the National Association of Women Business Owners as its first ever “Man of the Year.” He is a member of the Advisory Board for USC’s Shaffer Center for Health Policy and Economics. He is also a member of the USC Marshall School of Business Board of Leaders.

He received his bachelor’s degree from the University of Southern California’s Marshall School of Business.