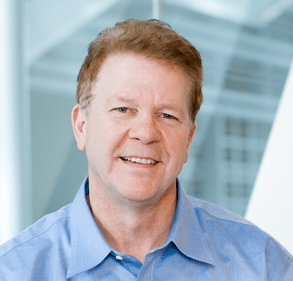 Alexander (Sasha) Kamb is the senior vice president for research at Amgen.

People in the tech industry often like to say that we overestimate the short-term impact of new technology and underestimate the longer-term value. The human genome project is a superb example of this truism.

Overpromise was indeed rampant during the interval around the 2001 publication of the first human DNA sequence, but it's easy to understand the excessive expectations inspired by such a momentous achievement for society.

The unraveling of the genetic identity of our species ranks as one of the greatest accomplishments in the history of science.

However, the human genome sequence, in isolation, is not a readily interpreted blueprint or wiring diagram. It is more like a parts list. The physiological roles of the individual genes are the key to understanding disease relevance and discovering new medicines, but these roles are not apparent from a single individual's sequence. Thoughtful experts knew this at the time, but the enthusiasm for the milestone led to exaggerated claims.

Over the past few years, we have seen the result of this hype: malaise that afflicts many who believed that public and private investment in the Human Genome Project would have an immediate, dazzling impact on healthcare. In fact, new medicines based exclusively on this information were not forthcoming, partly because it takes 10 to 15 years for a pharmaceutical enterprise to transform a basic discovery into a practical therapy. It is also evident that the route from the human genome sequence to new drugs is more tortuous than many had anticipated.

The cynics' view about the long-term value to society was reinforced by another disappointment. The genome project, coupled with new technical capabilities, fueled a spate of genome-wide-association studies (GWAS), which aim to assess the impact of common human genetic variants on the risk of disease. Bear in mind that a human genome is a gargantuan storehouse of information with well over a billion letters of genetic code, called nucleotides, strung together. That's equivalent to a book more than 10 million pages long!

The vast majority of these differences are common variants; they are shared among a significant portion of the population. GWAS allowed us to ask, do common variants influence disease risk? While the answer is yes—GWAS results have provided a windfall of hints about disease-relevant genes—they are nearly a bust in terms of delivering actionable information for drug discovery. 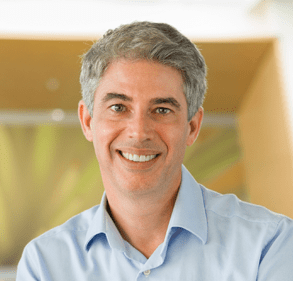 But we shouldn't mistake the absence of revolutionary success for a lack of progress. Putting aside the long-term prospects for improvements in health, investment in genomics has brought significant incremental benefits to science and medicine. Since 2001, most activities in biomedical research have utilized sequence information in one way or another. The genome project provided valuable infrastructure—roads and bridges to facilitate and enhance the pace of discovery. For example, the first hunt for a disease gene, underlying the devastating Huntington's disorder, required nearly a decade before success was achieved in 1993. After the genome project, the time to track down rare disease genes was cut by a factor of ten, and today, it takes only a few weeks in many cases to find such genes.

The most promising technological breakthrough in terms of treating disease may be the emergent technique of ultra-high-throughput DNA sequencing. Through this technology, we can begin to mine the full range of human genetic information at the highest level of resolution—the single nucleotide. Whereas the first-draft human sequence cost nearly $3billion to produce, we can now sequence an entire human genome for a cost approaching $1,000. This allows comparisons at maximum sensitivity across thousands; in due time, millions of genomes from individual people. It is the greatest increase in output of any technology in human history, including the computer chip. At last, we are within sight of the greater promise offered by human genetic variation studies —a vista into the physiology of the most common and devastating diseases, leading to novel therapies for patients who now lack good options.

To realize the full benefit of this potential, comparisons among affected and unaffected persons are essential. We know from twin studies that genes determine many human traits, including disease risk, but pairwise comparisons, in isolation, have little power to delineate which of the roughly 25,000 human genes influence which of the 100-plus most common diseases.

A more powerful approach is to search for rare variants that convey a large fluctuation in disease risk. We know that these rarer variants can be much more informative for guiding development of new medicines. An excellent example is the PCSK9 locus that impacts heart disease risk—identified originally by analysis of rare individuals with abnormally high cholesterol levels. The protein encoded by the PCSK9 locus is now the target for innovative targeted therapies under development by several companies, including our company (Amgen) as well as Sanofi and Regeneron Pharmaceuticals. This type of genetic insight had been relatively infrequent because of the limited tools available, but now, virtually any disease is accessible to this approach because we have the power to integrate large clinical datasets with detailed DNA sequence information across a population.

Human genetic variation is nature's gift to medical science. Without it, drug discovery would remain at the mercy of disease models in animals and drug development would remain a high-risk enterprise marked by frequent, expensive failures caused by our limited knowledge of valid human disease targets.

We don't know exactly how this genetic gift will appear when fully unwrapped, but we have a sense of where we are headed. Eventually, we will be able to sample almost the entire spectrum of gene differences by comparing human diversity at the scale of tens of millions of people. Such scope is now within our line of sight.

Our society values basic knowledge about the biological world as much as practical applications, and we have a history of investing in our future, even if the returns are long-term. The Human Genome Project was such an investment. Genetic data that flow from this initial work promises to ease the shortage of insights into the complex biology of human diseases and novel therapeutic mechanisms that may afford large effects without undue sacrifice of safety and tolerability. The new human genetics, built on the foundation of the genome project, lights the path.